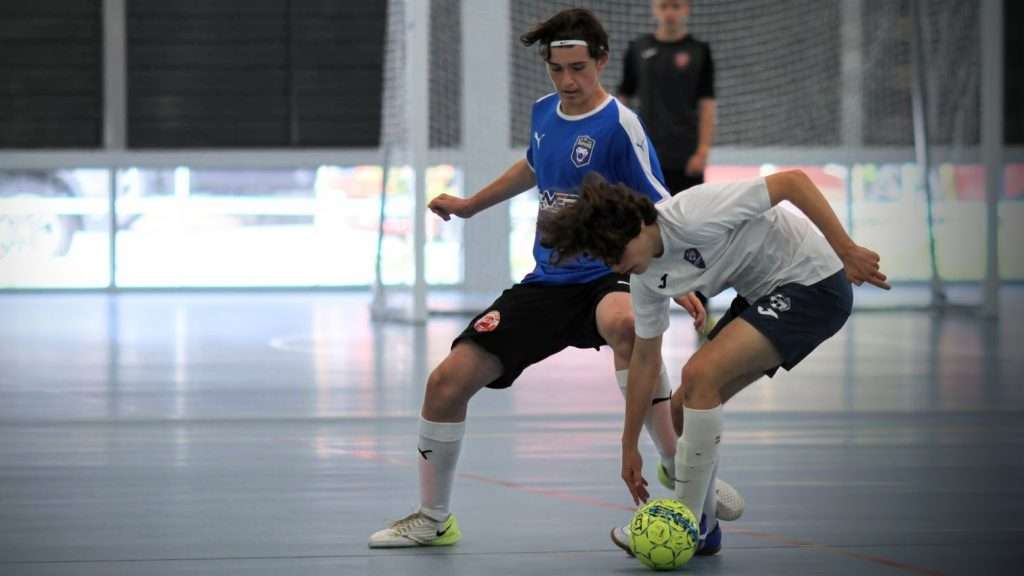 We travelled to Queanbeyan to take on the Boomerangs on Saturday in the recently built and impressive Q-One Indoor Sports Centre. Thank you to the Boomerangs for hosting our academy teams where they were able to play several games. It was great to see both clubs investing in their junior programs.

With the academy program of games out of the way, the 12 Boys were expected to make light work of the Boomerangs however despite the Taipans getting off to a flying start, the hosts fought back and were within touching distance throughout most of the first half with the Taipans leading 3-2 at the break. Five goals inside the opening seven minutes of the second half blew the game wide open and the Taipans ended up running out comfortable 9-3 winners. Hat-tricks to Oliver Randazzo and Noah Crapis were highlights.

The 13 Girls was one of the most entertaining games we’ve seen this year for this age group. It was a tightly contested first half which saw an Indiana Dos Santos goal the only score of the half. That all changed in a blink of an eye with the Boomerangs scoring back to back goals within a minute inside the first five minutes of the restart. The Taipans rallied and found an equalizer shortly after before Demi Gay put the Taipans 3-2 ahead midway through the second half. With just three minutes on the clock, the home side found an equalizer despite some heroics from goalkeeper Tahlia Sharrock. Just when we though we’d have to settle for a draw, up stepped Mila Gehrke who scored a cracker in off the post with virtually the last kick of the game to steal the points with a thrilling 4-3 win.

The 14 Boys were somewhat depleted during this game however they were still expected to get the points. Despite some good early possession for the Taipans, it was the Boomerangs who scored first on 7 minutes and they doubled their lead on 14 minutes leaving the Taipans a little shell shocked. True to spirit, the boys immediately rallied and two goals in two minutes leveled the scores before the break. The Taipans continued their momentum scoring again on 30 minutes however two goals in 2 minutes just a few minutes later changed the course of the game and despite some good looks, Boomerangs hung on to a nail-biting 4-3 win.

The 15 Girls played a ruthless Boomers side however from the opening exchanges, it was the Taipans who held a good defensive line and created the better of the chances for the half. As happens in sport, you need to take your chances otherwise you are likely to get punished. The Boomerangs scored first on 16 minutes through fortunate circumstances. A quick kick in caught the Taipans napping however how the officials found it a Boomers ball remains a mystery.  With the Taipans forced to change their strategy, the Boomers found more space on a monster sized court and added three more goals to win the game 4-0 however we felt the score line didn’t quite reflect the closeness of the game.

The 16 Boys were looking to put some respectability into what was turning out to be a frustrating day with no club championship points and just two more games to go. The lads got off to a flyer with a well worked set piece seeing Tyson Black net for the Taipans and he doubled his tally with another well taken goal on 11 minutes to see the Taipans take a handy 2-0 lead into the break. The top of the table Boomerangs were not going to lie down though as they launched their revival by pulling a goal back with 7 minutes left. It set up a thrilling finish with both sides guilty of poor finishing and some great goalkeeping. The Boomerangs threw everything at the Taipans however with a bit of luck, we held on to win 2-1 and go top of the table.

The 18 Girls were missing three influential players however there was still faith and trust in the squad. It didn’t start well for the Taipans as they conceded in the opening minutes however they settled into the game and if it weren’t for some fine goalkeeping from the Boomerangs keeper, the Taipans could have found themselves in front. We’ve said it before, we are just not taking enough of our chances and we are getting punished. The Boomerangs scored with seconds remaining before the break to rub it in and go 2-0 up. Credit to the Taipans who rallied and defended desperately in the second half. An Olivia Riddel goal with 7 minutes left setup a grandstand finish however as luck would have it, we just couldn’t find a way through the resolute Boomers who held on for a 2-1 win.

It was a rather frustrating week given the club’s great week last week. We will be looking to bounce back this weekend with a double header weekend. We travel to Hornsby to tackle Pheonix on Saturday before backing it up at home against West City Crusaders on Sunday.